This is not a website I ever dreamed I’d be linking to, but the World Wrestling Entertainment blog has a feature on Lincoln’s wrestling history. With the accompanying photo, I couldn’t resist reposting it.

“It may have been under the rules that Lincoln would have won the match,” White explained. “But what really endeared Lincoln to this group of young men was that Lincoln didn’t want to win the match when he was obviously the stronger and better wrestler.” Instead, the two men agreed to simply shake hands out of respect. “It spoke volumes about the kind of person Lincoln became,” White said. 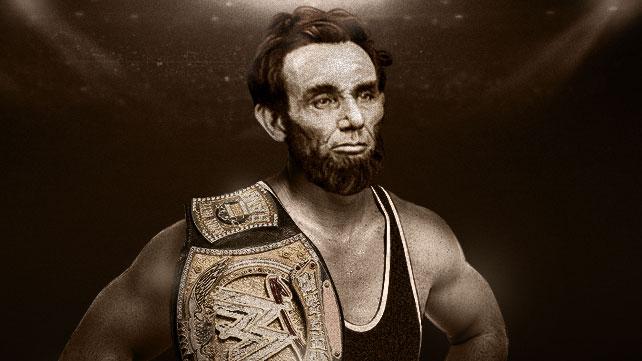