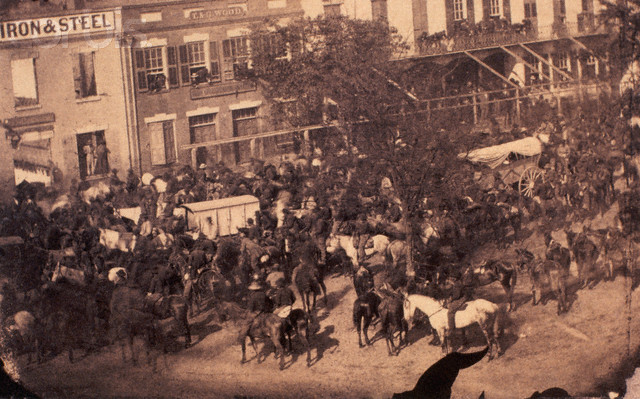 Union troops surround an ambulance carrying Confederate President Jefferson Davis and his family to Washington, D.C., after Davis was captured at the end of the American Civil War.

NB: Another interesting subreddits for Civil War buffs is Ask Historians, which recently addressed questions like:

– How much did a telegram cost during the American Civil War, and can you put that price into context?

– When did Southerners start denying the Civil War was about slavery?

– Before the American Civil War, did anyone sell “slave-free” cotton the way organic foods are sold today?