Found this photo and really loved it.

The Civil War veteran above wears the cap of the Grand Army of the Republic (GAR)—the largest Union veterans’ organization—founded in 1866. The number on his cap signals that his post was 139, located in Scranton, Pennsylvania.

This prize-winning amateur photograph from the 1935 Newspaper National Snapshot Awards was taken by Mrs. Nathan Klein of Wyoming, Pennsylvania. The note on the back reads: “Old soldier talking to bootblacks.”

Many Civil War veterans were long-lived. Some 1,800 attended the 75th reunion of the Battle of Gettysburg in 1938. Their average age was about 95. According to the National Civil War Museum, Albert H. Woolson of Minnesota—the last documented Civil War soldier—died in 1956. 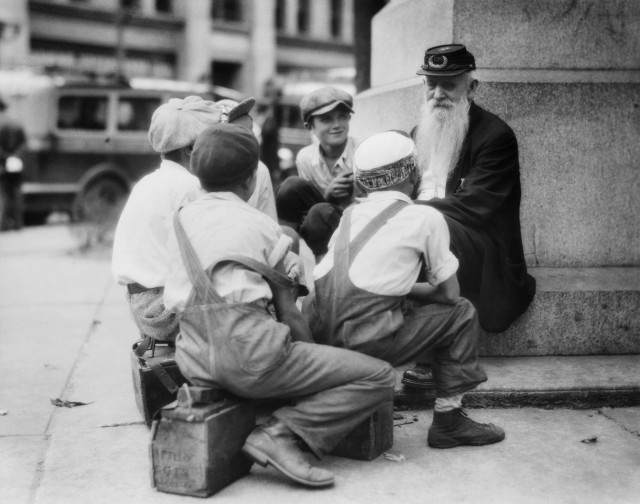