I noticed this story on the Smithsonian page today, and clicked kind of idly. A few seconds into the first linked video, I was hooked. Rhiannon Giddens and some of her fellow black women banjo players have created a moving and haunting CD of music inspired by and based on slave tunes.  It really is astonishing and worth a click. I encourage you to take a listen!

Giddens—a native of North Carolina and the lead singer and a founding member of the GRAMMY award-winning Carolina Chocolate Drops—researched the songs and haunting narratives of enslaved Africans. Native Daughters is a collaboration with three other African-American songwriters whose work interrogates history and, as Giddens writes in the album notes, shines “new light” on stories of “struggle, resistence and hope.”

“Rhiannon had brought in this handwritten music from the 1700s, the first slave melody ever annotated in the New World, and we started working on it, adding chords to it,” Powell says. “She was very close to the mic, and her voice was so unselfconscious and unassuming, her intention so pure, and things got very intense emotionally. We just had to keep it.”

I’m sensing a theme to this week’s discoveries! While reading about General George Stoneman, I spotted this:

While commanding cavalry under Sherman in Georgia, Stoneman was captured, but soon exchanged. In the last weeks of the war, he led raids into Virginia that inspired the song The Night They Drove Old Dixie Down by The Band.

I confess, I’m no fan of 1970s music – I tend to change channels when The Band comes on. I’d heard an offhand mention of the song being a Civil War reference, but had no idea it was so specific. Next time I hear those opening strums I might – might – give it a bit more of my attention.

I was reading Sam Watkins’ Wikipedia entry when I noticed this neat little mention:

The song “Kennesaw Line” by Don Oja-Dunaway, tells a heart-breaking vignette of the Battle of Kennesaw Mountain on the morning of June 27, from the perspective of Sam Watkins,[3] with part of the lyrics directly paraphrasing his description from the book “Company Aytch” (see the section entitled “Dead Angle, on the Kennesaw Line”).

Here’s something I would never have expected to blog about: A heavy metal rock opera about the battle of Gettysburg.  The Iced Earth lyricist does a pretty good job of summarizing each day of the fight – Buford’s defense and Reynolds’ death, Longstreet’s doubts, the struggle for Little Round Top, Hancock and Armistead’s friendship. The video is nicely produced.  Best of all, for me, was the inclusion of captions – I’m far from fluent in metal.

My country music holdings are pretty limited, but I may have to add this CD set to my collection – that’s quite the lineup.  The image below leads to the Amazon page, where you can listen to samples from each track on the disc.

, a two-disc set in tribute of the 150th anniversary of the Civil War. Three generations of singers help draw a clear line from the America of the 1860s to today. 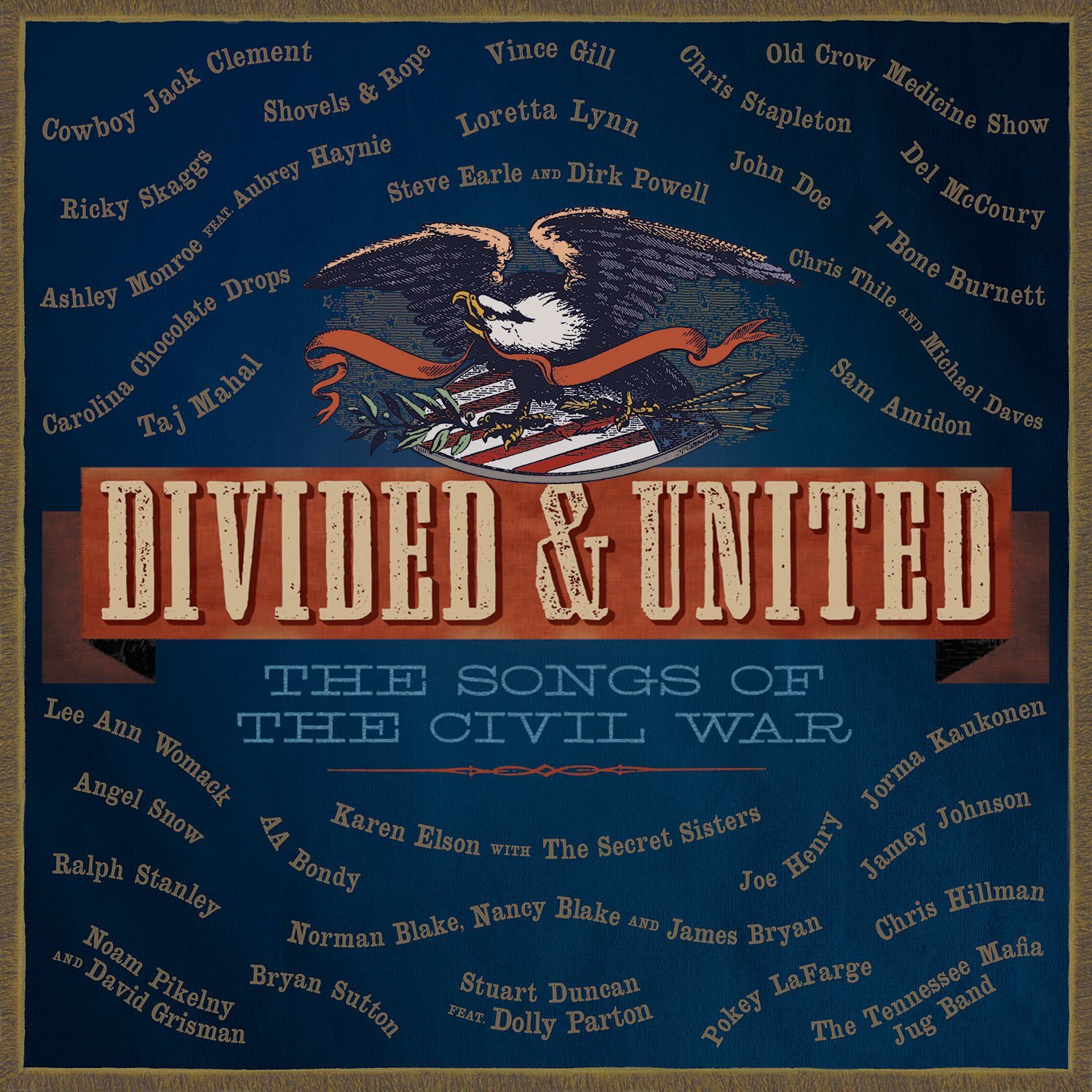 Band reenactors prepare for Gettyburg.  I’d never hear the anecdote they tell here about the battle.  If it’s true, I love WS Hancock all the more for it.

Here’s an unorthodox find for you: An emo song. One of the commenters on The AV Club’s Lincoln review made mention of it, and it intrigued me.  The song isn’t really up my alley, but it’s always interesting to stumble on artistic interpretations of the war’s events.

Lincoln Portrait was commissioned by conductor Andre Kostelanetz in 1942. It was soon after the bombing of Pearl Harbor, and Copland meant for it to boost spirits during that difficult time. You might recognize a couple of American songs embedded in the music: Stephen Fosters “Camptown Races” and the folk song “Springfield Mountain.”

The University of Richmond has posted an interactive, online map that charts the activity of the Union army and (sometimes unrelated) slavery/emancipation events across the states from ’61 to ’65.  It’s interesting to note how the red dots (emancipations) generally precede the blue dots (army investments), and to observe the profusion of red and blue dots that signal Sherman’s marches.

The map plots more than 3,000 emancipation-related events from 1861-1865 in 10 categories that range from government actions to abuse of African-Americans. An additional 50,000 entries show Union troop locations during the Civil War, making it easy to see the impact of opportunity on an animated timeline of the war years.

“It tells us that the end of slavery was this really complicated process that happened all over the South, but more in some places than others during the war,” said Scott Nesbit, associate director of the lab.

“The chance for freedom came about on water and on rails. That’s where the Union troops were. But at some places in the South, people remained enslaved the entire war, long after the Emancipation Proclamation.

“And, just because you get to Union lines doesn’t mean you’re going to start having a good time. These first years of freedom, if we can even call it that, were filled with coercion and danger. … (In the contraband camps,) African-Americans were treated as essentially free, as free as someone can be who is impressed into service by the military and not allowed to leave.”

via UR effort maps the end of slavery | Richmond Times-Dispatch.

150 years ago today, the war changed irrevocably. Seeing the elephant was a kind of Scared Straight for the Western armies and the nation in general. No more would the boys pretend at playing soldiers, and gone were the thoughts of a swift end to the conflict.

I thought it fitting to commemorate the anniversary with a John Hartford song. The song is hard to trace – best I can tell is it’s a Mexican War song that was updated. Regardless, it’s my favourite war song, and I thought its jaunty tone and prescient lyrics would be a good way to mark the day a lot of similarly innocent boys became men.