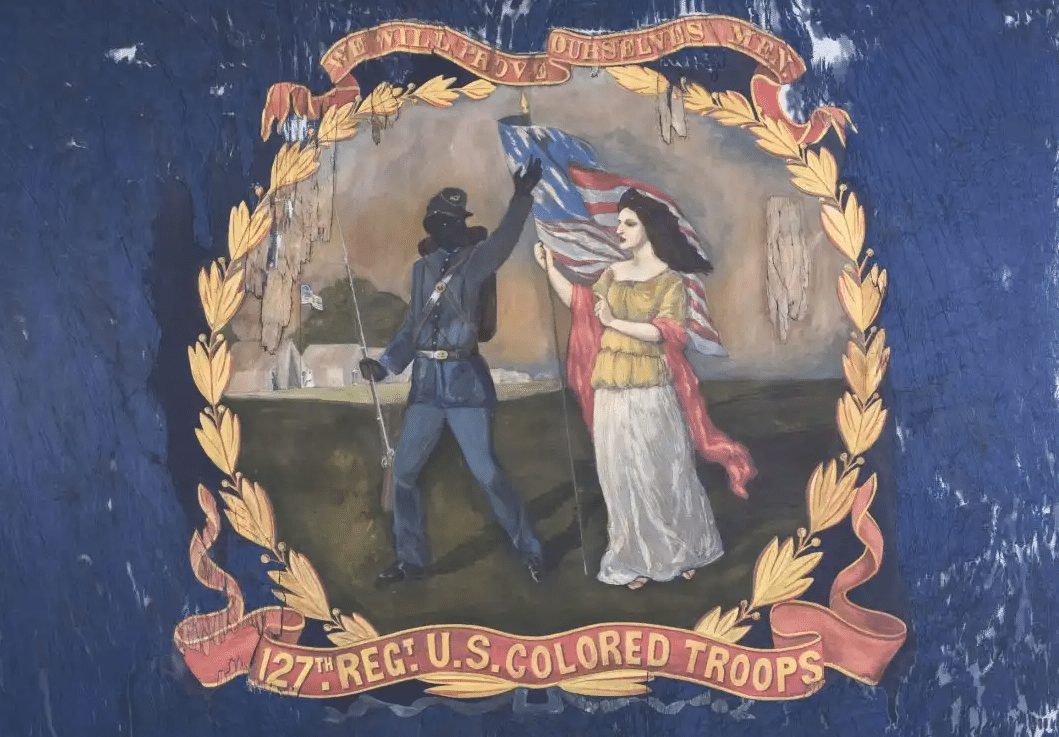 Happy 200th birthday, Walt Whitman! To celebrate the poet’s bicentennial, the Library of Congress has a special exhibition of some of his belongings and notebooks. If you’re in Washington DC this summer, stop in for a visit.

On June 3, the notebook will join a pair of partly frosted eyeglasses and a walking cane given to the poet by naturalist John Burroughs, among other rare artifacts, in a display hosted by the LOC’s Jefferson Building. The event is tied to a larger Whitman bicentennial display that opened earlier this month and runs through August 15.

Topics addressed in the display include Whitman’s likely romantic relationship with streetcar conductor Peter Doyle, his traumatizing Civil War battlefield experiences, and his firsthand involvement in the design and publication of Leaves of Grass. Continually revised between 1855 and Whitman’s death in 1892, Leaves of Grass started out as a set of 12 untitled poems. But by the text’s second edition, the number of featured poems had multiplied to 33; ultimately, its final form constituted 383 poems spread out across 14 sections.

Also on the agenda are a history talk hosted in Culpeper, Virginia—where Whitman spent two months while serving as a volunteer in nearby field hospitals during the Civil War—and a June 3 open house featuring artifact selections and a documentary showing. A complete list of events can be found on the LOC press release.

Read more: https://www.smithsonianmag.com/smart-news/how-library-congress-marking-walt-whitmans-200th-birthday-180972242/#xstysi3O1DiscuGs.99
Give the gift of Smithsonian magazine for only $12! http://bit.ly/1cGUiGv
Follow us: @SmithsonianMag on Twitter

Some sad news – author Tony Horwitz has died. I read his Confederates in the Attic over 20 years ago, and was taken both with his humourous writing and his focus on the war’s lingering effects on America. I had actually earmarked a review of his new book the other day, with the intention of sharing it here as a post. I clicked the mention of him in the New Yorker thinking it was a review, and was startled to find an obituary.

Horwitz, who died Monday, at the age of sixty, was a Pulitzer Prize-winning reporter, a former New Yorker staff writer, and a distinguished American historian with a singular voice, full of compassion and delight and wry observations and self-deprecating humor—layers that covered but never obscured his deep and abiding moral seriousness about the task of the historian as the conscience of a nation.

The author of “Baghdad Without a Map,” Horwitz undertook adventure. He reported on strikes. He covered the war in Iraq. He once retraced the ocean voyage of James Cook. But, most lastingly, he wrote about the Civil War and its tortured legacy of hatred and division, battles that never ended. Those pen-and-ink soldiers, in the pages of Horwitz’s many books, came to life in their descendants, champions of the Confederacy, modern-day Klansmen, anguished, angry, and haunted.

Source: Remembering Tony Horwitz, a Historian Who Reckoned Fearlessly with the Legacy of the Civil War | The New Yorker

Some archaeological news from Alabama – the remains of the last slave ship was found.

Researchers were also looking for a ship that had been burned and scuttled in the waters around Mobile — reflecting the captain’s attempts to block law enforcement from finding evidence of a crime.

From February to July 1860, the Clotilda carried 110 people from present-day Benin to the shores of Mobile, despite an 1808 U.S. law banning the import of slaves.

The prisoners were among the last known Africans destined for a life in captivity.

I’m not sure I agree with this lady’s take on Stone Mountain, but it’s a refreshing reminder that the Confederate statues debate is not always a black and white debate. (My issue is that the shades of gray most people promote are of a particularly Confederate hue.)

Brown, who is 78, and other longtime residents of Stone Mountain live with a reminder of that time: a huge Civil War memorial of Confederate heroes that was carved into the side of the mountain for which her town is named.

It features Generals Thomas “Stonewall” Jackson and Robert E. Lee, along with Jefferson Davis, who served as the president of the Confederacy.

Many people want the carvings erased, saying they honor slavery and are offensive to blacks. Brown, whose family history is tied to the memorial, isn’t one of them. She considers the carvings an important reminder of the life she has lived and the racial discrimination that shaped it.

Source: A Confederate memorial towers over Stone Mountain, Georgia. A local African American woman wants it to stay there. – The Washington Post

Trump’s blundering into the Confederate statues debate has unleashed quite a backlash against Lost Cause history. I am all for reversing the yellow history, but I’m not sure swinging the pendulum entirely the other way is going to accomplish much. Did Lee make mistakes? Without question, especially at Gettysburg. But to suggest that he was utterly without merit as a commander is as questionable as revering the Marble Model.

To Edward Bonekemper III, the author of “How Robert E. Lee Lost the Civil War” and several other books on the war, Lee is not the humble, proud battlefield loser presented by documentarian Ken Burns and other popular works of history, but a bumbling strategist and the central character in “the most successful propaganda campaign in American history.”

The University of Virginia is marking Walt Whitman’s bicentennial with a new exhibit. If you’re in the area, it’s ongoing to July 29th.

This year, the University of Virginia celebrates the bicentennial of his birth with an exhibition, “Encompassing Multitudes: The Song of Walt Whitman.” The exhibit showcases various editions of his best-known volume, “Leaves of Grass,” and handwritten versions of these and other poems, as well as other writings, including essays against slavery and about Abraham Lincoln, and letters and notes detailing his time working as a nurse during the Civil War.